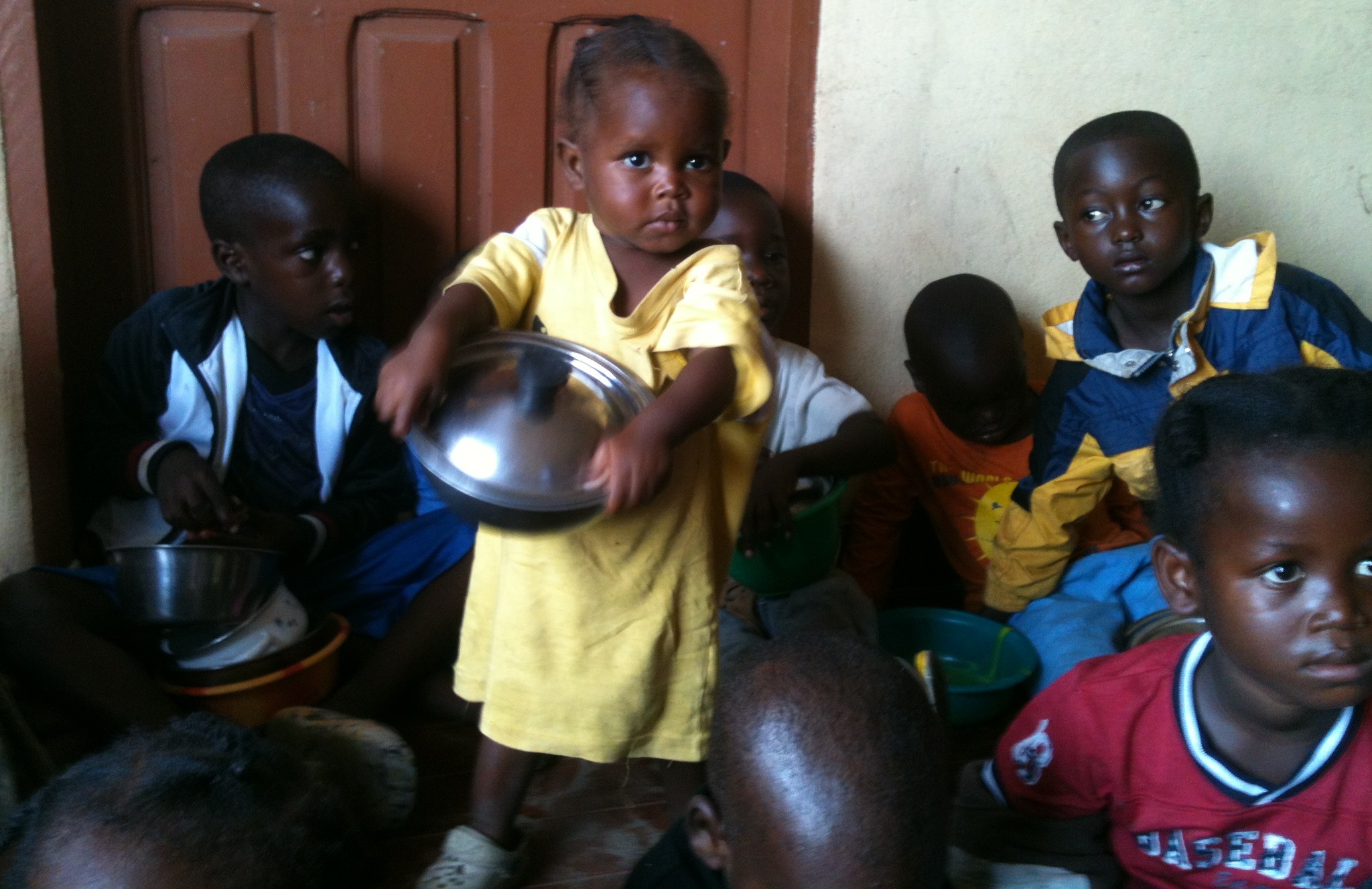 As part of their effort to fight the hardship brought on Liberians by the Ebola crisis, Alpha Liberia is now feeding hundreds of children in the slum community of West Point near Monrovia. The feeding which stated as an initiative to feed children made orphans by the Ebola crisis and quarantined families in the community quickly grew to feeding children who parents cannot afford to feed them on a regular basis. “We feed about 400 children three days a week from every part of West Point,” UMC Liberia Pastor Agrippa Nyanti said. The Clergyman who serves as the coordinator of the Alpha Liberia feeding initiative in West Point also indicated that the initiative is a great help for families who cannot afford a decent meal in a week.

“Beside the children, the feeding initiative is catering to pregnant women and breast feeding

mothers in the entire West Point Community,” Rev. Nyanti stressed. On the question of how the feeding process is organized, the UMC Liberia clergyman said tickets are issued to the children and other beneficiaries while the food is being prepared. “We collect the ticket from each child, serve them, process them out of the feeding hall, and they take their food home,” he added.

Operated under the theme “Bread of Life Feeding Program for Children”, the Alpha Liberia feeding initiative has been running for the past three month and is expected to phase out at the end of November 2014. According to the Coordinator of Alpha Liberia, Jefferson Knight, the feeding initiative is being funded by local members of Alpha Liberia and the St. Peters Episcopal Church in the United Kingdom. “About five hundred United States dollars is spent every week to feed the children and provide stipend for the seven member staff of this initiative,” Mr. Knight said. He indicated that since its establishment as an Evangelistic group, Alpha Liberia has been responding to the needs of many Liberians including those who are afflicted by the effect of drugs.

In a related development, Jefferson Knight as head of the UMC Liberia Human Rights Monitors Department is collaborating with the District Superintendent, Rev. Cecilia Marpleh in caring for over 50 Liberian children in Gorlu Town, Lofa County in northern Liberia. According to District Superintendent, Rev. Cecilia Marpleh who started the Voinjama District Caring Home, the children were made orphans due to the death of their parents and other related human conditions. She also revealed that 13 of the over 50 orphans lost their parents to the Ebola virus. “On several occasions I noticed these children working around the community in tattered clothes with no attention given to them, so I decided to care for them,” Rev. Marpleh said. The UMC Liberia Clergywoman also indicated that some of the children were abandoned by their parents due to the prevailing hardship in the country.

At the moment, we are feeding them three times a day with funding assistance from the

UMC Liberia Human Rights Monitors while the Gorlu Health Team is assisting us in caring for the children medically,” Rev. Marpleh stressed. She pointed out that much is needed to care for the children adequately.

Meanwhile, the United Nations World Food Programme is now reporting the emerging evidence of how food is now difficult to get due to the fact that locals could not engage in regular farming activities due to the Ebola crisis. Though the UNWFP is providing food assistance in other communities in Liberia, the need to support initiatives such as the Alpha Liberia Feeding program in West Point and the Voinjama District Caring Home remain very high in Liberia. (http://www.wfp.org