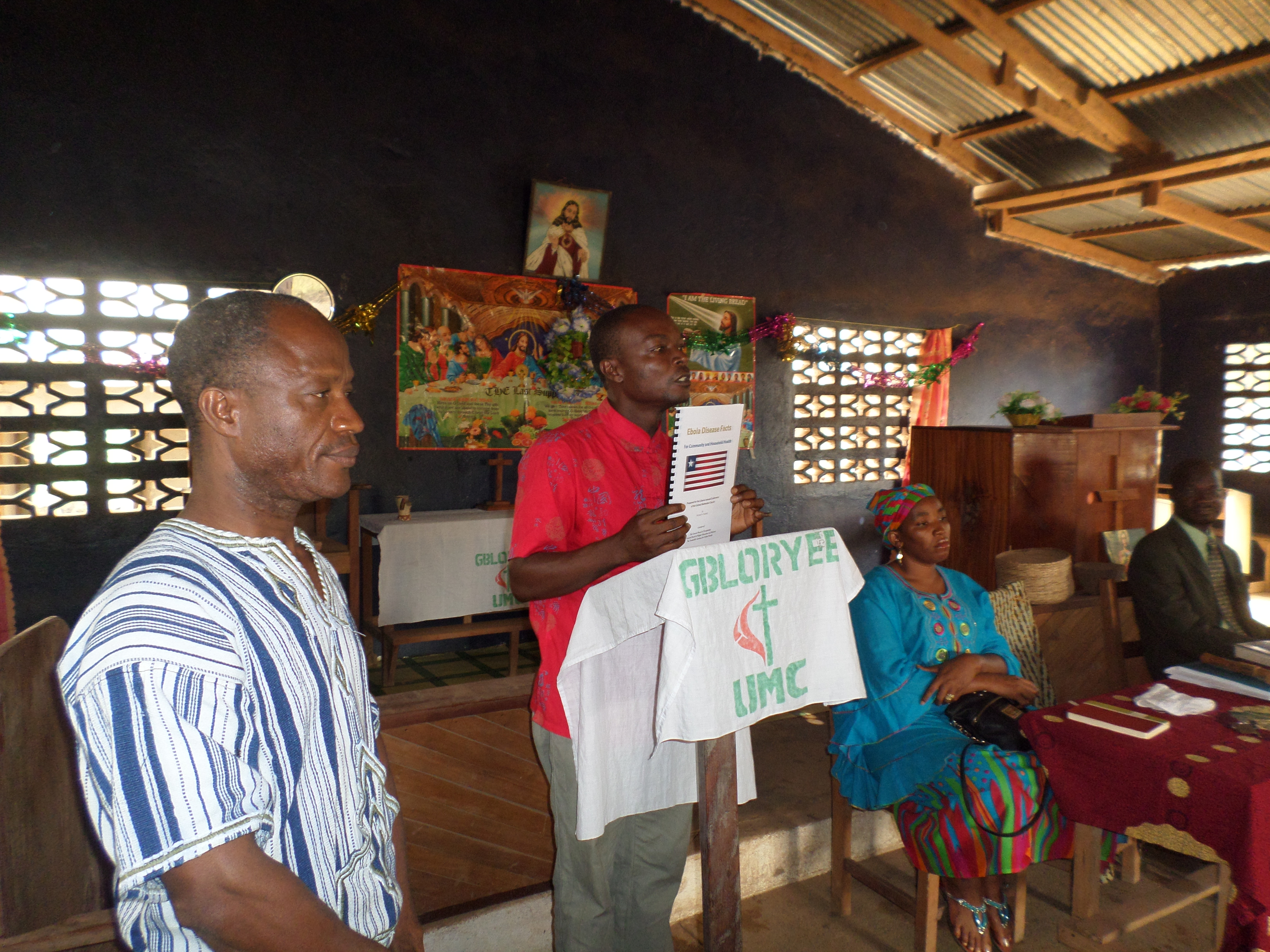 The Ebola Disease Facts Booklet produced by the Publishing Team of UMC Liberia has been described at the best tool for post Ebola Liberia. “As we prepare for a new drive into our national health program, I will recommend that this booklet be used to set health policies on infectious diseases,” Victor Taryor said. The Administrator of the United Methodist hospital in Ganta City, Nimba County in the northern part of Liberia made the assertion when the Publishing Team presented a consignment of the Ebola Disease Facts booklets to the UM Ganta Hospital. The Administrator said, though Liberia was nearing containment, the issues reflected in the booklet were basic lessons that were lacking when the disease first struck in Liberia.

“All of our questions about the Ebola virus are answered in this booklet,” Taryor affirmed. He also said staffs of the hospital were going to focus on the contents of the booklet and prepare themselves for future outbreak. “The disease is still around despite the slow pace in Ebola infected cases in the country,” he added. He further hailed the author of the booklet, Dr. Richard A. Nisbett, the Vanderbilt Institute for Global Health, the General Board of Higher Education and Ministry, and the General Board of Discipleship, now the Discipleship Ministries for helping Liberians in fighting the Ebola virus and preparing for future outbreak. “Dr. Nisbett and the Vanderbilt family are always in Liberia in time of our health needs, adding they were here to help us fight fistula and they are here to fight Ebola,” he concluded.

In Monrovia and at the United Methodist University (UMU), Rev. Dr. Emmanuel Bailey said the booklet will serve as a major source document as the institution craft its health policy for the reopening of schools. “The booklet is rich with information that will keep all of us safe as we run the school year,” the UMU Boss added. “I wish you had enough to give to all of our students,” Dr. Bailey lamented. The UMC Liberia Educator indicated that putting the booklet in the hands of every student means putting it into almost every home in Monrovia. Dr. Bailey also praised the United Methodist Church at home and abroad for documenting and producing the booklet on how to prevent the Ebola virus and thanked the author, Dr. Nisbett, describing him as a staff of the UMU.

During the week another consignment of the Ebola Disease Facts Booklets were also presented to the Catholic Education Secretariat for onward distribution to all Catholic Schools within Archdiocese of Monrovia. Making the presentation to the head of the Catholic Education Secretariat, Rev. Fr. P. Sumo-Varfee Molubah, the UMC Liberia delegations indicated that booklets were intended for the two churches to form a common front in fighting the Ebola virus. “With this booklet in hand, we will not have any reason to be afraid of Ebola even if it returns to this country,” Edward Harmon a member of the UMC Liberia Publishing Team said. He indicated that the consignment was the UMC Liberia Publishing Team initial presentation to the Catholic School System.

For his part, Father Varfee promised to place the Ebola Disease Facts Booklet at the disposal of every student with in their school system. “I am sure the knowledge we lacked before Ebola outbreak, will be with us in case of any eventually because of this booklet,” he asserted. Rev. Fr. P. Sumo-Varfee Molubah thanked the UMC Liberia and their partners for the booklets. “I hope our joint fight against the Ebola virus will resonate throughout the length and breadth of this country as church institutions,” he concluded.

The Publishing Team of UMC Liberia during the week was able to distribute and train church leaders in five districts with in the Liberian Annual Conference including Gompa in northern Liberia, Gbarnga and Jorkoleh in central Liberia. The UMC Liberia Publishing Team in partnership with the General Board of Discipleship (now Discipleship Ministries), the General Board of Higher Education and Ministry (GBHEM), and the Vanderbilt Institute for Global Health produced the Ebola Disease Facts Booklets which has been in circulation since November 2014.