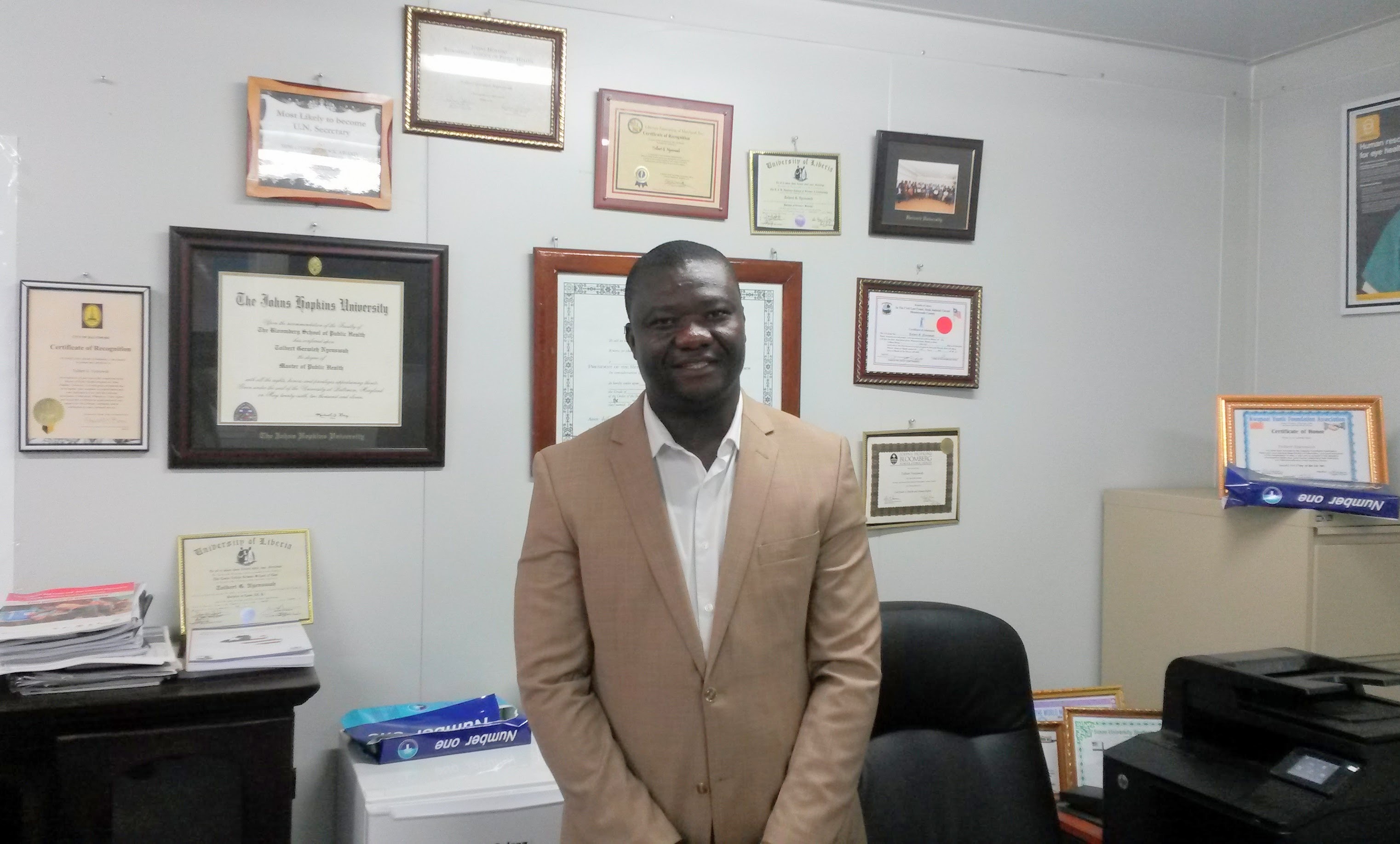 Ebola is no longer a death sentence for Liberia, says Public Health Expert

Reporting and photography by E.Julu Swen

A United Methodist lay member who is serving as Head of Liberia Ebola Response Team, Tolbert Nyenswah said the nation and its people are 85% prepared to deal with any Ebola flare up more than they were in 2014. “The way we dealt with the last three flare ups is an indication that Liberians through the Ministry of Health and Social Welfare can ably manage the virus just like any other disease,” he affirmed.

Nyenswah who is also Liberia’s Deputy Minister for Public Health indicated that since the 2014 Ebola crisis and its accompanied terror brought on the Liberian people, the nation has made significant progress in combating the virus. “All of our traditional public health methods such as washing of hands, keeping your hands off sick people, and confirming the cause of death before touching dead bodies are our source of victory over the Ebola virus,” Nyenswah said. He revealed that the capacity of Liberia health workers has been upgraded to the point that Ebola poses no threat to them, but warned that “health workers need to take precautions as they deal with patients visiting clinics and hospitals.” He noted that Liberia lost 192 health workers to the Ebola virus up to date.

Asked what is the progress made by Liberia in the Ebola Trial Vaccines, Nyenswah said through the

help of global partners including the United States of America, the vaccines have been the source of strength in the fight against the various flare ups. He said the Zmapp drug was used on one of the boys who got infected during one of the flare ups and his recovery from the Ebola virus shows that Liberia is making progress and on the right path. “We are now using the vaccines on contacts of contacts once they are traced and found in communities to minimize or stop further flare ups,” he asserted.

The UMC Liberia lay member from Sinoe District and affiliating with the Trinity United Methodist Church in Monrovia pointed out that his role as head of the Ebola Response Team of Liberia has been enhanced by his leadership skills gained from the various organs of the Church, especially the youth and young adult fellowships. He also said he was able to deploy his team player skills in managing the national team as they confronted the Ebola virus, adding, “I do appreciate the skills of my team members  who came from various religious backgrounds including Muslims, for the way we fought the Ebola virus and its remaining challenges.”

In  February 3, 2015, another United Methodist, Dr. Francis Kateh took the Ebola trial vaccine at the Redemption Hospital in New Kru Town, a suburb of Monrovia. Six months later in the same year, Karteh confirmed he feeling better, healthy and had no signs of complication as a result of the vaccine. Though the trial vaccines are not yet perfect as confirmed by Nyenswah himself in an interview, using them has been the persistent source of winning the battle against the various flare ups of the Ebola virus.

At the moment, Dr. Bernice T. Dahn, Minister of Health and member of the Tubman UMC, Dr. Francis Kateh, former chief medical officer of the Jackson F. Doe Memorial Hospital in Tappita and  former administrator of the Ganta United Methodist Hospital both in Nimba County and member of the Stephen Nagbe UMC, and Tolbert T. Nyenswa head of Liberia’s Ebola Response Team and member of the Trinity UMC are now seated at the helm Liberia health care delivery program. “The three of us along with other team players will ensure that the gains made against the Ebola virus will be translated into measurable outcome that will make Ebola one of the treatable disease,” Nyenswah concluded.