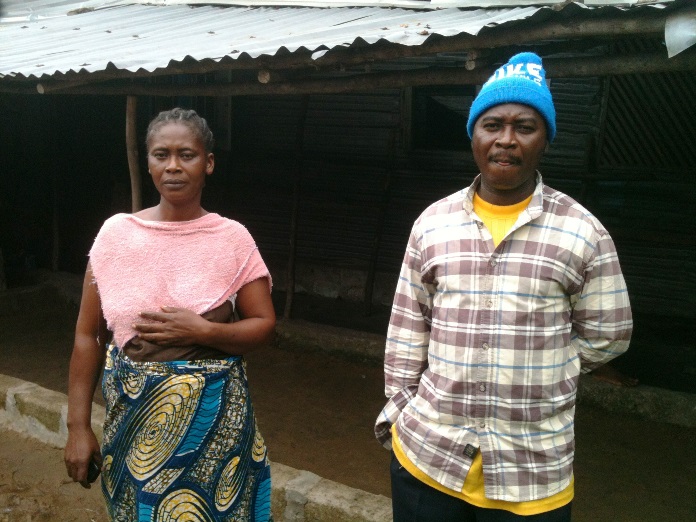 Several families who are members of the United Methodist Church of Liberia living in different parts of Monrovia and other parts of the country have been quarantined for fear of having the Ebola virus. In Monrovia, a house containing 12 persons most of them members of the Mt. Sinai United Methodist Church on 12th Street, Sinkor was quarantined nine days ago. According to Esther Gargar, staff of the UMC Central Office and choir member of Mt Sinai UMC, the families decided to quarantine themselves after her brother’s son Abraham Gargar, 26, died of the virus on September 3, 2014 at the John F. Kennedy Memorial Hospital Ebola center. “Since his death, we decided to quarantine ourselves and the community leadership insisted that we do so,” Ms. Gargar lamented.

The UMC Liberia staff said Abraham Gargar (her nephew) was living with his aunt in the Logan Town community who was afflicted and died from the Ebola virus. The 26 year old Abraham contracted the virus after providing care for his Aunt prior to her death and later move over to his father David Gargar who is now suspected of having the virus and quarantined as well. David told WAW that he has not been tested by any health team since he and the rest of the Gargar family decided to institute the self-quarantine measure which was endorsed by the community leaders. “We have been assisted by the Mt. Sinai UMC with food and medicine, but we still need to be tested to know our status,” David pleaded. He indicated that he and his sister Esther have been under experiencing different stress levels given the misinformation they are getting in the absence of medical test.

When contacted, the pastor of the Mt. Sinai UMC, Rev. Charles Langama, confirmed the role the local church has been playing in helping the all of the families with in the Gargar building. He said besides Esther and her brother David, there were two other families who were also quarantined. “The local church has provided food and medicine for all three family heads that are all part of our church,” Rev. Langama added. The Gargar family is also being assisted by the Human Rights Monitor of the United Methodist Church of Liberia.

In a related development, the Kakata-Farmington River District has lost about 18 members to Ebola related circumstances. According to the District Superintendent, Rev. Karyidia Paul Gartor, 12 persons including the Council Chairperson, the Late Cooper Daryue and his household of eight persons died from the St. Matthew UMC in Zoeklin Town, Margibi County, Liberia. “As a district, we lost two of our pastors; Rev. Annie Lincoln, Rev. Peter Tarr, and the United Methodist Men President of St. Matthew UMC under similar circumstances,” the DS added. He however indicated that most of the deaths were not medically confirmed as Ebola related, but since the deaths were in succession the only thing they could point to as a District and church is Ebola, especially in the case of the household of eight persons. “These deaths occurred from August 25, 2014 to September 9, 2014,” he concluded.