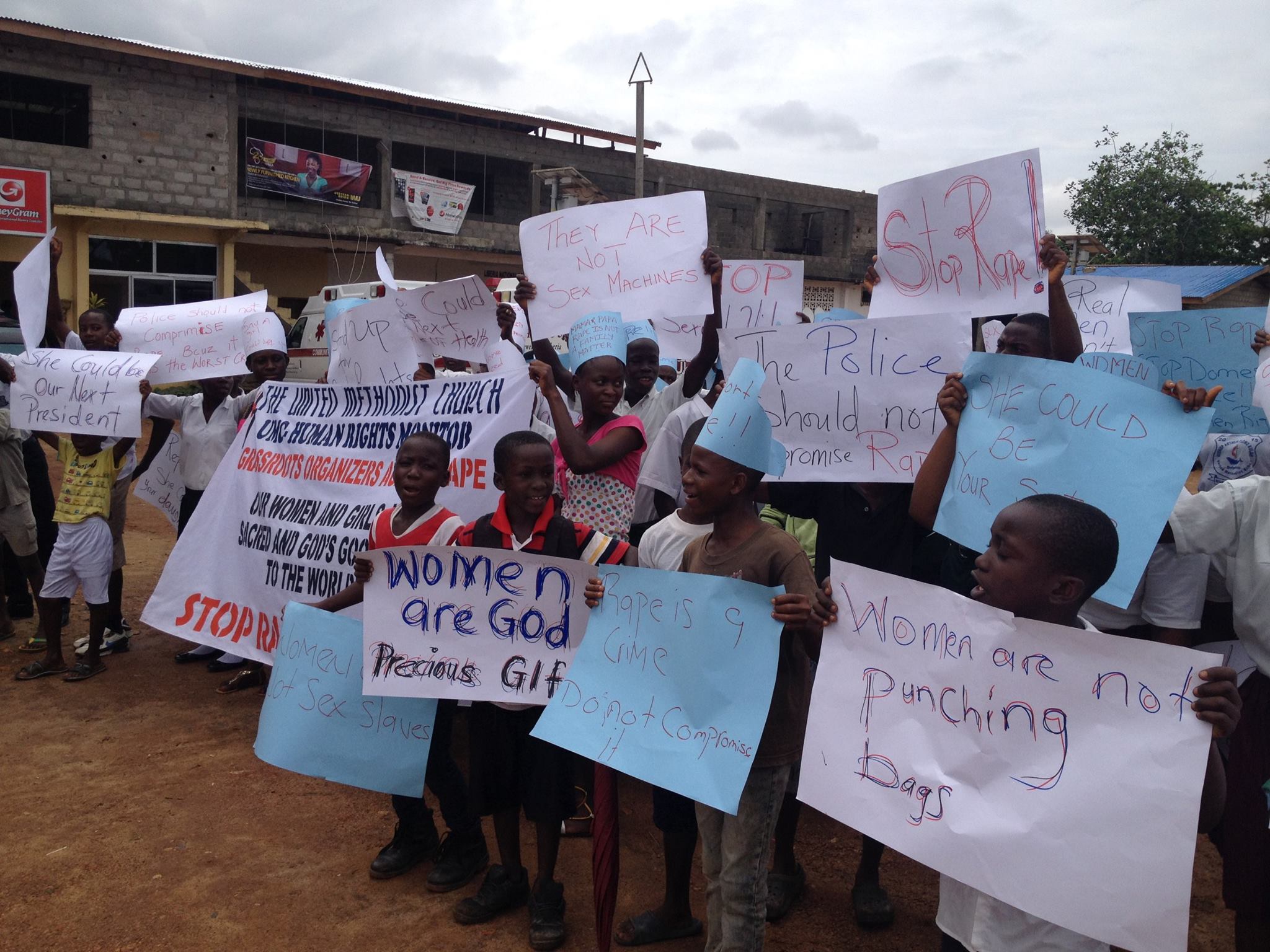 The United Methodist Church of Liberia through the Director of the Human Rights Monitor Jefferson Knight and his staff led hundreds of students and residents of the Brewerville community in a protest march to register their indignation about the growing wave of rape activities in the community. Chanting “We want justice, we don’t want money,” the protesters moved through the streets of Brewerville calling government attention to the recent rape action which resulted to the death of a 17 years old girl. “The perpetrators are still at large with all the sophisticated state security,” Knight lamented.

The UMC Liberia official labeled the act as satanic which undermines the peace and security of the state thus hindering the holistic development of girls and women in the country. The Human Rights man said 18 deaths as a result of rape in four years was not something that the United Methodist Church in Liberia was going to overlooked. “We are calling on the government through the leadership of Brewerville community to arrest and bring the perpetrators of this crime to justice,” Knight added. He noted that there were five deaths in 2012, ten in 2013, and now three in 2015 with over 600 rape cases recorded in 2014.

He also indicated that the Liberian Government needs to put in place measures that will target perpetrators of rape and arrest them in order to remove the threat posed by rapists to the lives of girls and women.” Women are God’s sacred gift to world and must be treated with respect and dignity,” he noted, adding “they must not be subject of cruel treatment by their male counterparts.” The UMC Liberia official challenged President Ellen Johnson Sirleaf, herself a United Methodist to increase security protection of the rights of women and girls and to ensure that the alleged perpetrators account for their crime.

UMC Liberia through its human rights office lamented the weak justice system and its failure to fast track rape cases which is resulting to the upsurge in recent rape cases. The Church noted that the police is under legal obligation to ensure that everybody within the territorial confines of Liberia is protected, including women and girls. The UMC Liberia protest statement was delivered to the City Mayor of Brewerville Hon. George V. Curtis by the Director of Human Rights Monitor Jefferson Knight.

City Mayor Curtis promised swift government action in bringing the recent perpetrators and all other perpetrators to justice.