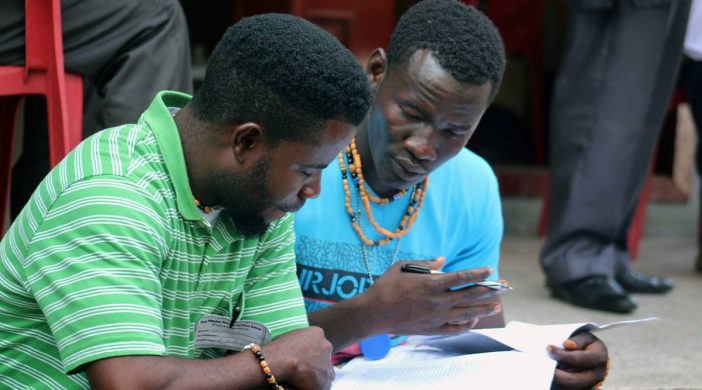 New recovery ministries are sprouting up around Monrovia following an addiction and substance abuse seminar hosted by The United Methodist Church in Liberia.

“Though we don’t have a boarding home for the addicts that come to our church, we encourage them to stay off drugs and other substances during our weekly meeting,” said the Rev. Julius YZK Williams, pastor of First United Methodist Church in Monrovia.

His church’s recovery ministry now feeds over 20 participants at every session, he said.

Once they are in recovery, attendees are encouraged to join the church or any church of their choice.

“We have some of our former attendees who are currently worshipping with and going through membership classes,” he said.

Williams told UM News that attendees struggling with their recovery are sent to the New Life Recovery Center operated by The United Methodist Church in Liberia. The center offers in-house treatment and counseling.

Members of Redeem Church of God in Paynesville were among those attending the addiction and substance abuse seminar, which was open to church leaders from various denominations.

The Rev. Jerry W. Saway, Redeem Church pastor, said the church’s addiction and recovery ministry has gained momentum since the seminar, noting that the number of participants in the program has grown to 78. The ministry started with about 15 people, some of whom participated in the training and are now helping the church expand its outreach.

“Parents are entrusting their children into our care because (of the) work we are doing to help them recover from drugs and substance abuse,” Saway said.

“It is our duty to act against any ghettos that are trying to turn our children and loved ones into addicts in our communities,” Quire told church leaders at the seminar in Monrovia. Young minds are being damaged from the use of various substances and their actions are impeding the progress of the society, he said.

He pointed out that The United Methodist Church will lead the fight against addiction in Liberia.

“If we want a better future for this country, we need to act now,” he said.

The recovery and addiction seminar was organized to ensure that church leaders are prepared to deal with the growing wave of illegal drug sales and subsequent addiction that follows.

Speaking to United Methodist News, Jefferson Knight, director of The United Methodist Church’s human rights department in Liberia, said the gathering also was intended to build the capacity of churches and other institutions that are working with addicts in their recovery programs.

“Once we help those who are addicted, they can help us in leading the fight against drug addiction,” Knight said. He said church leaders from The United Methodist Church in Liberia and Redeem Church of God are investing in recovery ministries because drug addiction is taking over Liberia.

Participants learned basic skills to use in recovery sessions, such as listening to each other’s stories, strengthening their faith in God through prayers, and supporting one another to prevent relapse. Sharing in smaller groups was a key aspect of the seminar.

The lead facilitator, the Rev. Jim White, a retired United Methodist clergy, said he was empowering church leaders in Liberia because of his concern for the country and its people.

“I love Liberia and want to keep the missionary connection with The United Methodist Church here,” White said. He said establishing a recovery ministry will enhance a church’s capacity to deal with those who are caught in the web of drugs and substance abuse.

“We must help them recover before we can transform them for service in the church,” he said.

He pointed out that churches in Liberia, including The United Methodist Church, must get actively involved in mobilizing its members to make the recovery ministry a larger part of the church’s work.

White said $8,000 was invested in this initiative, which covered travel and food for participants. United Methodists and friends in Indiana, Alabama and West Florida, where White now lives, contributed to the recovery and addiction seminar.

Swen is a communicator in Liberia.