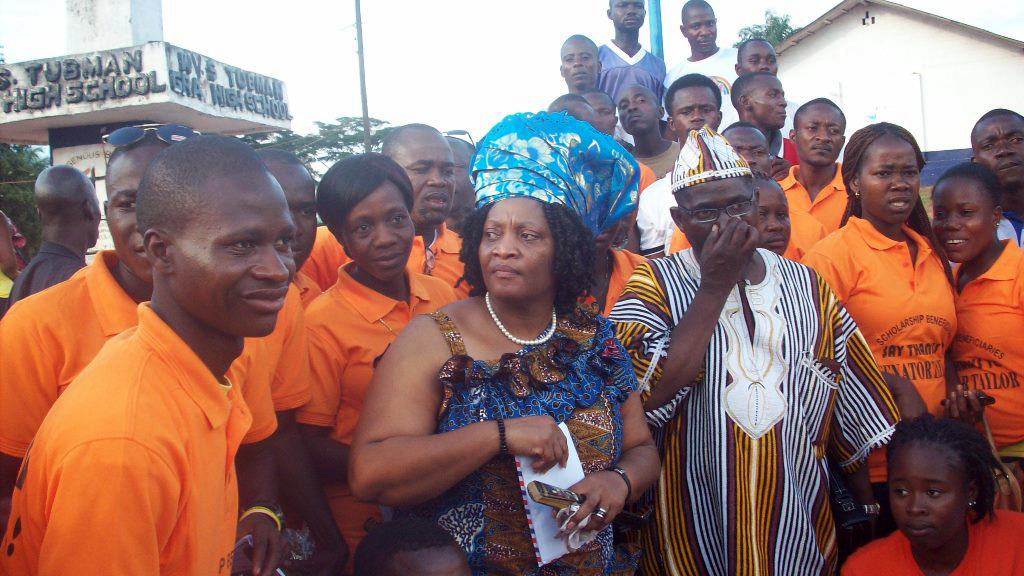 Gbarnga City, Bong County, Liberia: Citizens of Bong County, in central Liberia have underscored the need for Senator Jewel Howard Taylor, former wife of former President Charles Taylor to retain her position as representative of the county. Speaking during the weekend in Gbarnga City, droves of citizens voiced some of the numerous works done by Senator Taylor. She is a front-liner of scholarship to students and creating loan opportunities for citizens. The Madam Taylor was dubbed a “very good Senator” who is passionate about introducing and making laws in the interest of the county.

The Gbarnga citizens also named good policymaking as some of the work done by Senator Taylor.  “On these various accounts we do not need any more candidates that will tamper with her legacy and set our county backward, especially in the midst of her eagerness to developmentally drive the County forward, the citizens affirmed.

They further mentioned that now was the time for every citizen in that region to appreciate Senator Taylor for the high level of work she done in the name of the county. Re-electing her to the Capitol to complete whatever she started is the best gift we can give her as our Senator, they added.

Others said it was time to encourage the participation of more women in government, especially those qualified like Senator Taylor. They said, women are “solid builders” and therefore they must be given chances to exhibit their talents.

For her part, the honoree, expressed thanks and appreciation to the institutions that honored her and the Bong County citizens that affirmed her for re-election to the Capitol Building. She said, the last eight years present huge challenges that she and her colleagues must face in getting the job done. That is by making Liberia a better place for all Liberians,” the Senator noted.

Senator pointed out that she is now in high gear to clinch the senatorial seat once more with the support of the citizens. “Senators at the Capitol are all professionals from different backgrounds who are committed and worked assiduously to create a new Liberia for all Liberians regardless of tribal background, religious, and sexual orientation.

Senator Taylor indicated that it was true that Liberia is getting better, but quickly mentioned that as leaders; they need to get to the drawing-board and do more as the challenges were very huge.

Admonishing her colleagues, the Senator warned that any leader who wants to succeed must at all times consult with his/her people. She stressed that there will always be differences but a good leader must be able to respect the views of others.