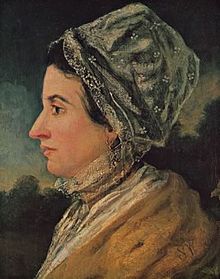 The Challenge That Started It for Women

As a part of the 2016 Wesley Pilgrimage in England, I have been touched by what I am seeing and hearing about Susanna Wesley, mother of John Wesley. Upon visiting the home of the Wesleys in Epworth, England, I was struck by the way Susanna Wesley challenged her husband who wanted her to stop preaching. By being assertive, Susanna eventually enhanced the role of women in the church and even led to the formation of the entire Methodist Church.

When her husband asked her to stop leading a Bible study that was larger than the church he led she responded: “If after all this you think fit to dissolve this assembly, do not tell me you desire me to do it, for that will not satisfy my conscience; but send your positive command in such full and express terms as may absolve me from all guilt and punishment for neglecting this opportunity for doing good when you and I shall appear before the great and awful tribunal of our Lord Jesus Christ.”

I was very impressed when the tour guide mentioned the above incident to me. Not by her refusal to do as her husband suggested, but by her wisdom to pull the chair of authoritarianism from under her husband, Samuel Wesley, with such profound respect. Throughout this pilgrimage, the history of the United Methodist Church, as it was told to me, seem to have left a big chunk of the birthing of the entire idea of Methodism out of the picture. I think John Wesley, the father of Methodism, took a huge page out of his mother’s methodical book and the way she ran her family.

What kind of a woman will have nineteen children to take care of and still run the family in such a structured way? —Especially since her husband was gone most of the time! In Susanna’s journal, she wrote: “I am a woman, but I am also the mistress of a large family. And though the superior charge of the souls contained in it lies upon you, yet in your long absence I cannot but look upon every soul you leave under my charge as a talent committed to me under a trust.” This is a clear indication that the parable of the five talents resonated very well with her, thereby directing her to methodically structure her time with her children. To her husband she wrote: “I take such a proportion of time as I can spare every night to discourse with each child apart. On Monday I talk with Molly, on Tuesday with Hetty, Wednesday with Nancy, Thursday with Jacky, Friday with Patty, Saturday with Charles.

I am pretty much convinced that when John Wesley was organizing small group meetings at Christ Church, his strict attention to dates, time, and actions manifested his mother’s influence on him. His fellow students may have been ignorant of the source of that influence. Yet, whatever fun they made of his consciousness to dates, time, and related actions evolved, by providence, an important and appropriate name—Methodists!

Much has been written and spread in many places; therefore, I probably might not have picked up this insightful story about where the whole idea of Methodism actually came from, and credited so much to John Wesley. Yet, now by understanding the key formative role his mother Susanna Wesley played, I hereby submit that even though her son is the father of Methodism, Susanna by all accounts is the mother of Methodism.

Let’s remind ourselves that one woman made a significant contribution to the founding of Methodism, and that woman was Susanna Wesley. She trained up her children the way they needed to go. When they grew up, they clearly did not depart from it and now the world is better for that!

Let us thank God for Susanna Wesley and the women who lead and influence us and our church.