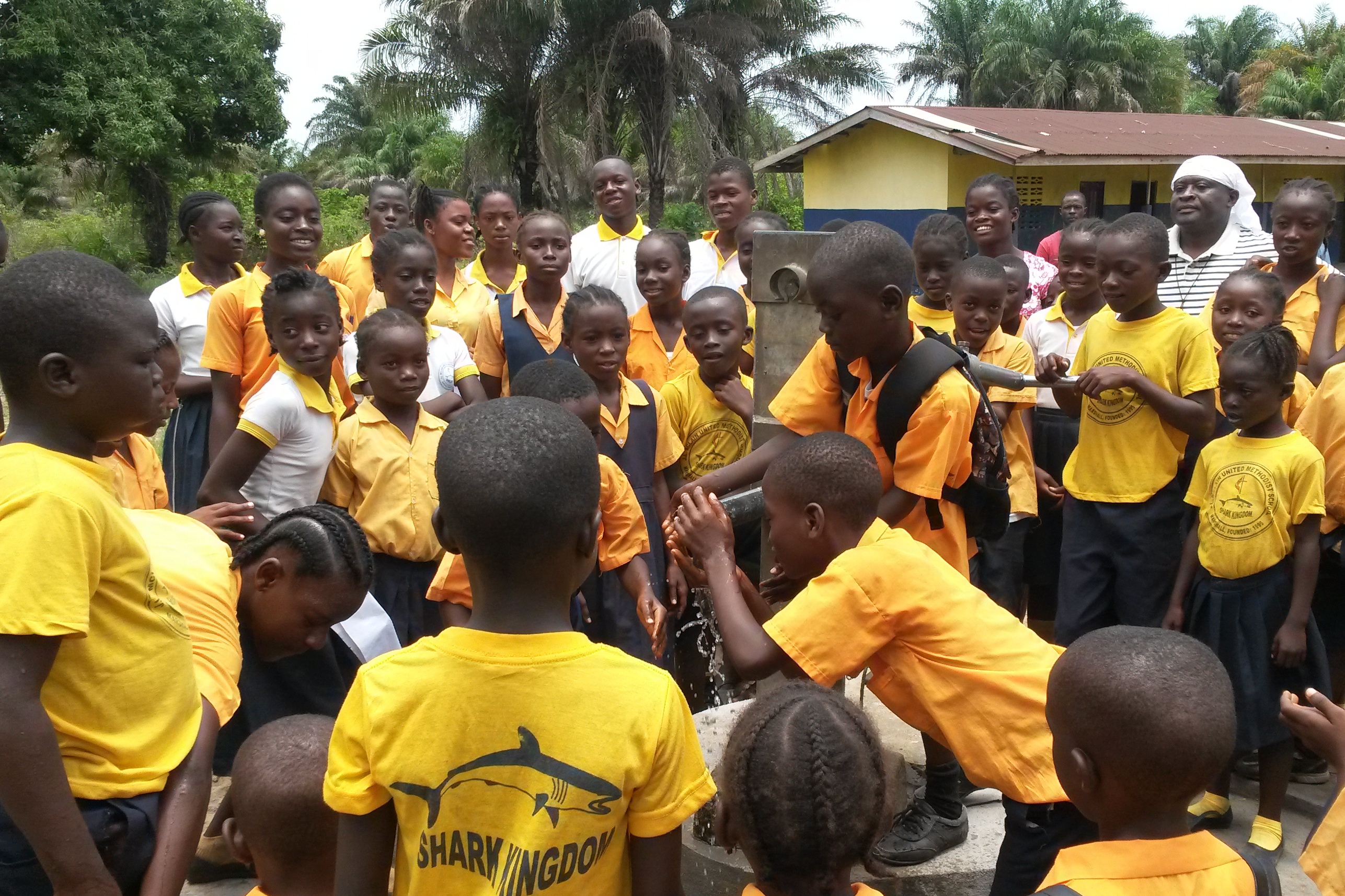 In support of the global health initiative of the General Board of Global Ministries, the United Methodist Church in Liberia has constructed and dedicated a water pump and modern toilet for the rural community of Marshall, Margibi County in southern Liberia. The facility brings to fifty-seven water pumps and twenty-five modern toilets built by the church throughout Liberia.

According to Rev. George Wilson, Director of the Connectional Table of the Liberia Episcopal Area, the general church is directing most of its actions toward global health for humanity. “Since water and sanitation is a major challenge to our people, we will invest our time and resources in making sure that Liberians get these healthy facilities,” Wilson said. The UMC Liberia clergyman warned that as the church through its partners make these facilities available in the various communities, the people should maintain the facilities in order to make their environment safe and healthy.

Though intended for the community, the water pump and modern toilet was constructed on the

Janice L. McClain United Methodist School campus for proper supervision and the health of the students. In a special statement to the students, the UMC Liberia Human Rights office director, Jefferson Knight said the church was making these facilities available to the Liberian people because of its partnership with the government. “We are aware that many Liberians lacked proper water and sanitation facilities in this country which poses serious health challenge to our people,” he asserted. Knight indicated that through UMC Liberia “Water for Life Project” the church has been addressing these health challenges and will continue to do so.

In this dispensation, the United Methodist Church in Liberia through the help of its partners will ensure that people in rural communities stop drinking from creeks and rivers he said, adding, “most of the health problems our people are facing especially in the rural parts of this country comes from the use of these unhealthy water sources.” The UMC Liberia human rights spokesman said the constructing the water pump and modern toilet on the campus of the Janice L. McClain United Methodist School was in response to the growing unsanitary condition that the students were facing.

The Janice L. McClain United Methodist School was constructed in Marshall, Margibi County southern Liberia in honor of Janice L. McClain, a General Board of Global Ministries assigned Area Financial Executive (AFE) to the Liberia in the 1990s. The school has since been serving the community with jobs and learning. Over 100 students and members of the community will benefit from the water pump and the modern toilet.

Started in 2009 “The Water for Life Project” when a little boy drowned in a river while trying to get drinking the water for the family, the project has since constructed water pumps and other sanitary facilities in communities throughout Liberia.