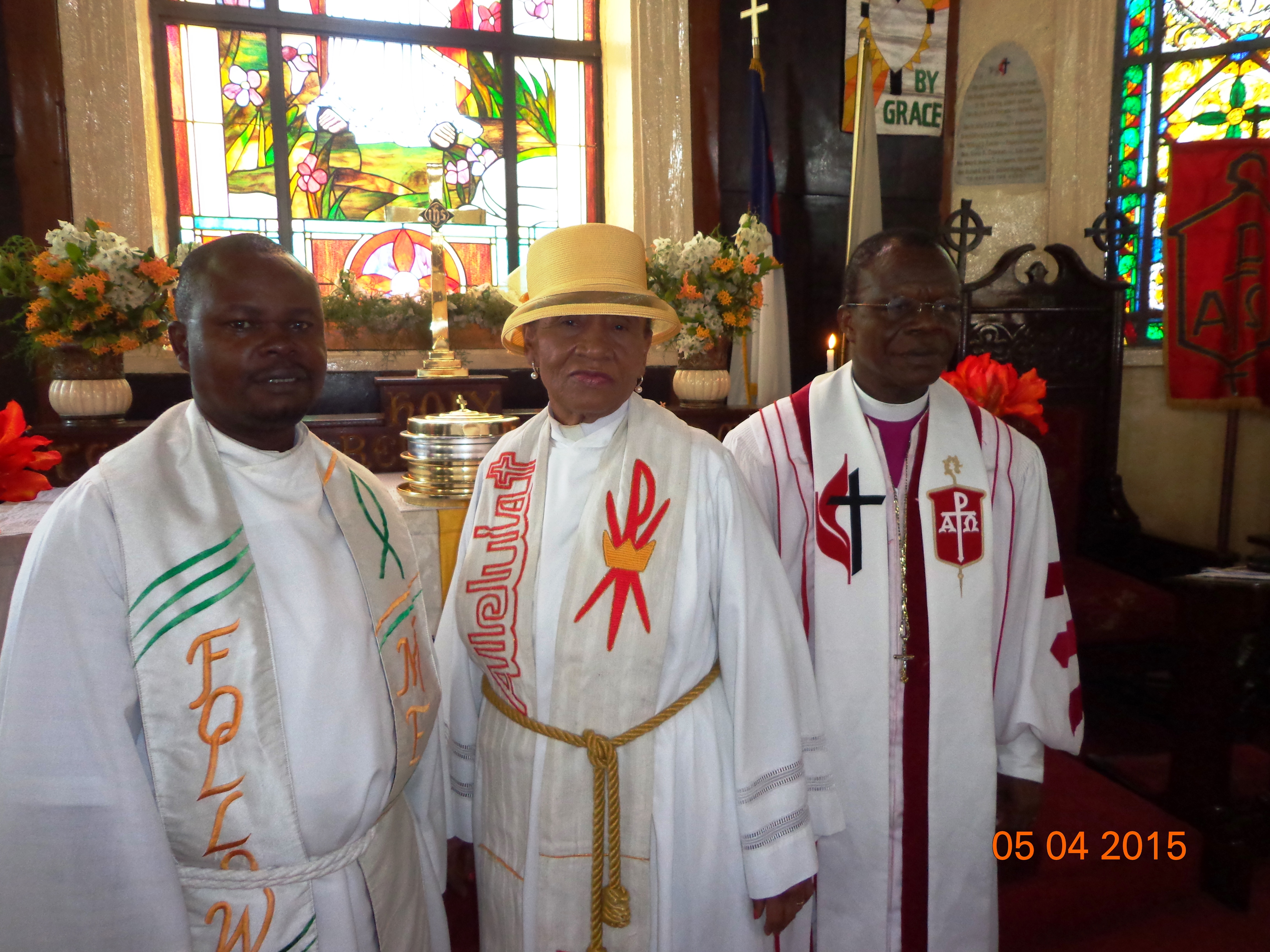 Rev. Dr. John G. Innis said Liberians, especially Christians do not need any legislation to practice or expand their faith. Bishop Innis said this on Easter Sunday in Monrovia. Bishop Innis asserts that Christianity does not need to be legislated just a few days after delegates attending the Constitution Review Committee in Gbarnga, Bong County, Liberia approved count 24 of the propositions which calls for making Liberia a Christian country.

Delivering his annual Easter message at the First United Methodist Church in Monrovia, the UMC Liberia Episcopal leader said “The resurrection of Jesus Christ is not only important to the church but is also of equal importance to our nation, Liberia.” He noted that though the foundation of our nation is built on Christian principles, those who crafted and signed the Declaration of Independence at the Providence Baptist Church were moved and inspired by the Spirit of God. “Their action implied that they recognized the sovereignty of God who gave us this country as our inheritance,” he added.

Bishop Innis also said God desires for our nation through its people and political leaders to develop this country so that when God looks upon its splendor and the well pleasing humanity of its people, God will say this is good. “We don’t need constitutional provisions to practice our faith and expand our denomination in this country,” Bishop Innis emphasized.

On the question whether government has the capacity to enforce the law should the nation become a Christian nation, the UMC Liberia Bishop said Christianity does not convert people by force so it will be very difficult to enforce such a law. Our Lord Jesus Christ did not force people to follow him, so Christians should not advocate for legislation that will create conflict for our nation,” he concluded

Commenting on the Gbarnga Conference decision to make Liberia a Christian nation,

another UMC Liberia clergyman Rev. Dr. Julius Williams said all that Christians need to do is to intensify their evangelistic strategies to increase the number of Christian in this country. “The more we evangelize the more Christian nation we will become, we don’t need any constitutional amendments to help us fulfill our Christian mandate.” Dr. Williams added.

Meanwhile, the decision of the Constitution Review Committee’s Gbarnga conference delegates to approve the proposition calling for a Christian nation has sparked debate in the country among Christians and Muslims. Togba-Nah Tipoteh called the decision an infringement on the constitutional rights of the Liberian people and the government should in no way abridge the constitution it was elected to uphold and protect. Dr. Tipoteh who is a United Methodist and presidential candidate in three presidential elections also said religious tolerance is a peaceful pillar on which this nation has been thriving and any law that interferes with that tolerance is simply a recipe for trouble.

Though the decision of the delegates to approve the proposition does not make it a law, the ongoing debate may likely influence the decisions of the National Legislature for their concurrence once it is submitted to them by President Ellen Johnson Sirleaf. To become law, the proposition must pass all the tests including a national referendum presided over by the National Elections Commission of Liberia.