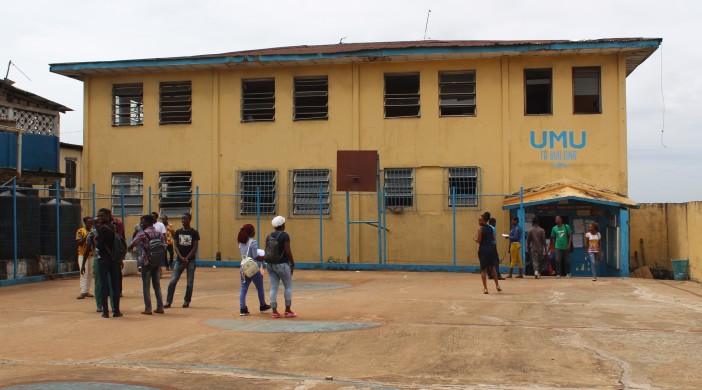 The United Methodist University in Liberia has received over US$100,000 in a grant from the Global Health Unit of General Board of Global Ministries. The money will be used for the relocation of the College of Health Sciences now located and operating from the Ganta United Methodist Hospital facilities. The grant was negotiated by the Peoria First United Methodist in the United States of America. Information about the grant was confirmed by Clinton Zeantoe, dean of the college of health sciences.

According to the dean Clinton Zeantoe of the college, the partnership was initiated by Suzanne E. Porter, a retired General Board of Global Ministries (GBGM) missionary assigned to the UMU from 2006 to 2012.  “Our friends at the Peoria FUMC were very instrumental in pushing our proposal forward at Global Health Unit at the GBGM,” Zeantoe said. He indicated that the students of the college need an independent space to enhance their studies. The college of health sciences which is one of the three colleges of the United Methodist University located outside of Monrovia, has been operating from the facilities of the Ganta United Methodist Hospital.

The relocation, when completed will provide adequate boarding quarters for the students and instructors most of whom are from Monrovia. Zeantoe said boarding has always been a problem for most of their students and faculty members, adding, “when you have to study and think about where to lay your head at the same time, academic progress becomes really slow.”  He pointed out that the grant will provide classrooms, a skills lab, two kitchens, a library with a computer lab, a generator house, and laundry facilities for dormitories.

For his part, the President of the United Methodist University, Prof. Johnson N. Gwaikolo said the UMU authorities were very grateful for the grant in improving the college of health sciences. “Nursing is a national priority and contributing to it as an institution is one way the United Methodist Church in Liberia can promote a healthy nation,” Gwaikolo said. He also noted that relocating the health college was significant to the “Capital Campaign” which is the relocating of the entire UMU facilities from the city center in Monrovia. “The better the health college campus, the better our capacity to develop the human resources of our students, in this case the nurses,” he concluded.

The grant will complete the physical structures that were initially intended for the relocation of the Ganta Hospital. Facilitated by the Illinois Great River Conference of which the Peoria FUMC is part, the United Methodist Church in Liberia decided to suspend the relocation of the hospital from its present site, but rather move the college of health sciences to the new site.