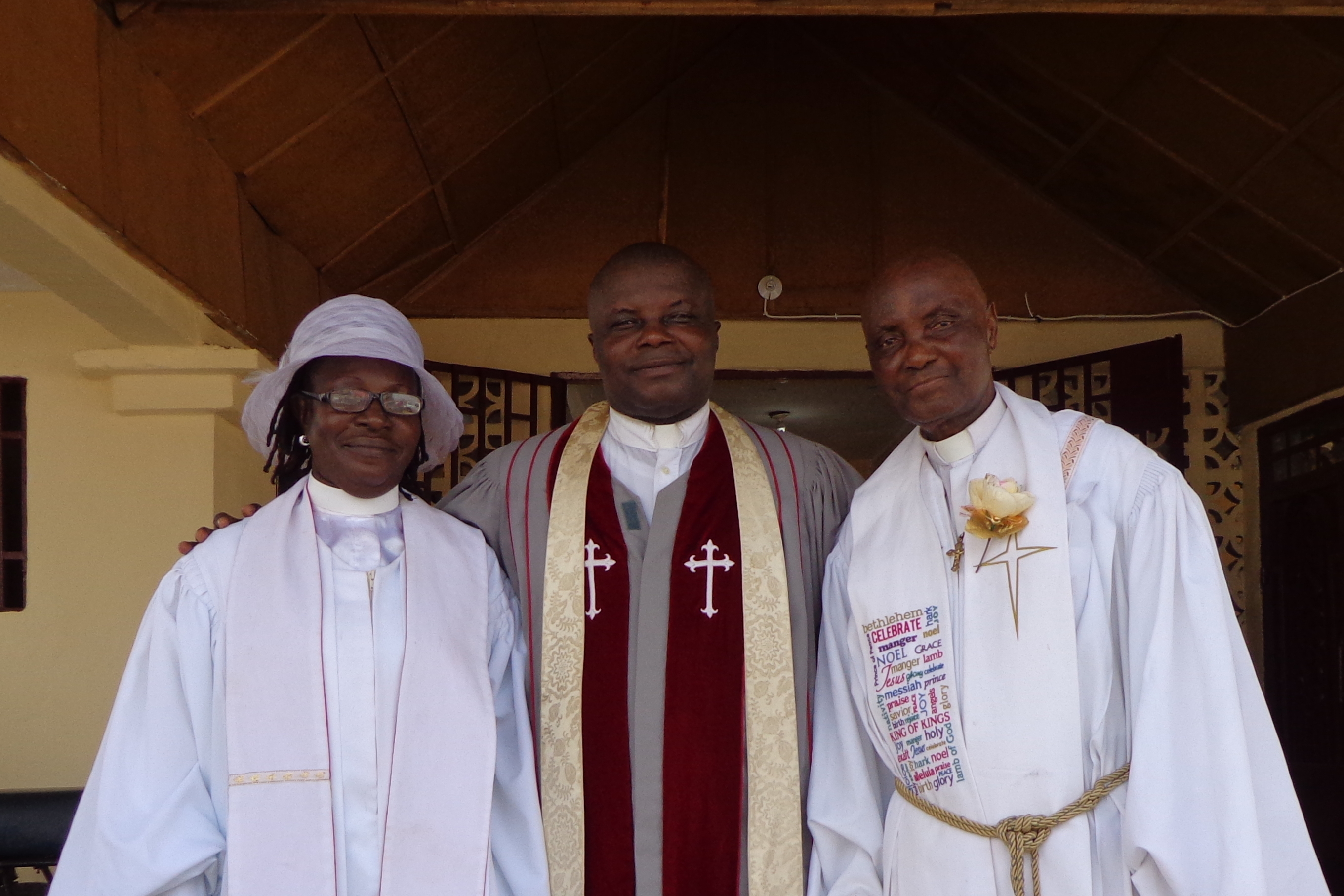 United Methodists throughout Liberia have been called upon to fast and pray as the church starts the 45 days countdown to the nomination of an “Elder in Full Connection and Good Standing” in the Liberian Annual Conference for onward election to the office of bishop. The election will be in December 2016 by the West Africa Central Conference to gather in Abidjan, Cote d’Ivoire. Delivering his annual message to the St. Paul River District at the E. Jonathan Goodridge UMC in Bardnersville Township on January 3, 2016, Rev. Christopher Marshall said the United Methodist Church in Liberia is at a crossroad and all of its members should approach the nomination process with sincerity and truth.

Speaking on the theme “Serve God in Sincerity and Truth” the UMC Liberia clergyman said how United Methodists conduct themselves in these 45 day will be based on individual commitment to the words of God and the United Methodist Church. “Keep your personal sentiments and connections out of this process,” Marshall warned. Using the famous Joshua dialogue of Joshua 24:12-28, the Dean of the Cabinet indicated that United Methodists need to breakaway from previous treaties signed with friends, tribes, or communities and focus on the work of God. “I am here to let you know that your decision to serve God should be sincere and true, anything other than that will not be in the interest of the church and the people of God” Marshall emphasized.

At the Gompa District Conference where he represented the Bishop John Innis, Rev. Marshall told conferees that the best way to keep the unity of the United Methodist Church is to uphold its policies including those recorded in the UMC Book of Discipline. “The Holy Bible and the Book of Discipline should be our guide as we go to Buchanan for the nomination of the next person who will succeed Bishop Innis,” he warned. The UMC Liberia clergyman indicated that the church is at a crossroad and nominating the right leader based on God’s direction will help United Methodists keep the peace of the church.

Asked what United Methodists need to do as we countdown to February 13, 2016 which is the date for the nomination of the next person to head the episcopal office come 2017, Rev. George Wilson said simply, wise men are still seeking Jesus Christ. “UMC Liberia needs to ask for God’s direction as we transition from the leadership of Bishop Innis to whoever will lead our church as of 2017,” Wilson advised. The UMC Liberia Connecional Table Director also asserts that the 2015 General Resolution of Liberia Annual Conference must be respected by all United Methodists as they seek God’s face for the new leadership. Wilson who himself is seeking to be nominated at the February 2016 UMC Liberia conference also said only God can provide the best leadership for the church.

the next candidates for the office of bishop, the Resident Bishop John Innis called on United Methodists to learn the true meaning of friendship. “If UMC Liberia is your friend, you will do all you can to protect it by upholding its leaders and the rules and regulations set forth to run the church,” Bishop Innis said. Delivering his regular first Sunday of the year message at the First UMC in Monrovia, Bishop Innis said respect for leadership is the best way to conduct institutional matters. “Unless we respect the leadership of the church, our respect for our friends and the commitment we made to represent their cause will be meaningless,” the Bishop warned.

On 13th February 2016 the United Methodist Church will be nominating the successor to Bishop Innis at the 183rd Annual Session of the Liberia Annual Conference. Though declared “controversial” by some members of UMC Liberia, the church adopted a resolution barring divorced clergy persons from the forthcoming nomination process. With less than 45 days to the the nomination process, United Methodists in Liberia and overseas are engaging each other on social media including Facebook (UMC/LAC BISHOP’S ELECTION 2016: YOUR CHOICE). Meanwhile, church leaders, especially those with interest in the nomination process are crisscrossing the length and breadth of the Liberia Annual Conference visiting and participating in district conferences delivering the same message of “fast and prayer” for the nomination process.